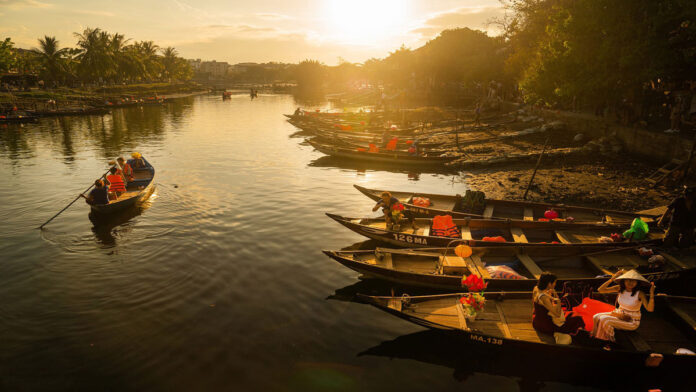 Here are the best activities that you can do while you are in Vietnam.

Take the Mekong River Cruise – the Mekong water has numerous tributaries and rivers which form a huge network of canals. These canals then linked to rice farms and towns, creating an adventure maze that is a joy to explore by boat. The place is surrounded by floating communities with an abundance of tropical fruits, buffalo wallowing in paddy fields, and mangroves rich with birdlife.

Visit the TEMPLES, at least 3 of them – Temples are among the most popular attractions where travelers can marvel at intricate carvings and well-preserved architectures donning local cultures. Top on the list is the Tran Quoc Pagoda, the oldest in Hanoi; the Cao Dai Temple in Ho Chi Minh City is a technicolored religious site dated the 1930s; and the Bai Dinh Pagoda in Nin Binh province, with a complex of several Buddhist temples where locals are visiting frequently to pay their respect and have their fortune told the resident monks.

Explore the Cu Chi Tunnels – located in Ho Chi Minh City, it is an immense network of connecting underground tunnels (used by Viet Cong soldiers), where you can gain insight into the remarkable history of the 124-mile (200km) labyrinth. So, you have the experience to crawl through some of the safer areas of the tunnels.

Enter the Magical Paradise Cave in Quang Binh – considerably, a masterpiece of nature with myriads of thousand-year-old stalactites hidden deep in-ground is a must-see attraction of Quang Binh. It was firstly discovered in 2005 by a local man, a door to enter the cave is a very small space, and just fit for one person to get through, one at a time, among huge stone blocks laid on one another, you will surely be amazed by the spacious and magical scenes inside the cave.

Walk through the GOLDEN BRIDGE – a spectacular bridge, 150m long and 5m wide, supported by two gigantic hands looks like something out of a fantasy universe, is located 18 miles west of Da Nang. The giant hands supporting the bridge symbolize something divine, mythical, or godlike which the goal of the design is to invoke the sensation of walking along a thread stretching through the hands of God.

Watch the Thang Long Water Puppet Theater Show – one of Vietnam’s oldest curiosities, the water puppetry is performed across the country, and the most famous location is at Hanoi – the Thang Long Municipal Theatre. The puppeteers stand waist-deep in the water behind a screen and operate the puppets on large rods to give the impression that the figures are moving across the water.

Don’t be scared to visit the SNAKE VILLAGE – this tiny Vietnamese village is known for eating snakes and serving their still-beating hearts in shots of vodka. Got the adrenaline for that?! After you choose the size and type of snake, the living specimen is presented to you and the heart is removed, dropped instantly into a shot of blood and vodka. After that still-beating amuse-bouche, another sicky shot is created using the snake’s bile. Then the fresh corpse is taken to the kitchen and introduced into ten different dishes, including crisped snakeskin and crushed-bone poppadoms.

The Philippines, with its 7, 107 islands, is the third largest English speaking country in the world, but Filipino is the...
Read more
Budget Destination

Fly to Vigan, The Old World City – the city retains much of the patina of the 18th-century Castillan architecture as...
Read more